For some churches, food trucks are a vehicle for serving the poor

Here’s a story I did for the Religion News Service that got picked up by The Washington Post.

Allen Lutes wipes his brow as he prepares another plate of food. The culinary school-trained chef is serving grilled chicken, fresh vegetables and rice pilaf.

But this isn’t a typical restaurant and Lutes isn’t a standard chef; he’s an associate minister at Arlington Heights United Methodist Church and founder of its new ministry, Five & Two Food Truck. It was named after the biblical story of five loaves and two fishes feeding the multitudes.

The converted 1995 Chevy plumbing truck shines in the hot Texas sun as Lutes’ dinner guests trickle up to the window — meekly at first — guiding their children as they reach up to take a hot plate of food.

Twice a month, the food truck serves Presbyterian Night Shelter, a homeless shelter in Fort Worth. Tonight, it’s at the nonprofit’s shelter for women and children; the majority of the women here are victims of domestic violence.

Teresa, 42, and her 16-year-old daughter say “thank you” as they grab a plate and some bottled water and head inside the shelter to eat with the rest of the families and church volunteers who have come not only to serve but to share a meal with these families.

“It’s good,” said Teresa, as she takes a bite of chicken. “The last time we came here we had chicken fingers and they were really hard. But you know, you can’t complain, because it’s food.”

Faith-based food trucks are building momentum across the country. In St. Paul, Minn., Lutheran pastor Margaret Kelly’s church is actually a food truck, providing free food and prayers to homeless and impoverished members of the community.

Back in Texas, the Chow Train in San Antonio has been making national headlines for fearlessly serving homeless residents despite a $2,000 fine in April for serving food from the back of a private vehicle.

The food is prepared in an up-to-code rolling commercial kitchen and then transported into approved catering equipment and distributed from the back of a pickup truck. The fine was later dropped, said Chow Train founder and culinary-trained chef Joan Cheever.

The city’s beef wasn’t really with the pickup, but with the way some city officials believe Cheever is enabling the homeless to stay on the streets.

Cheever, 57, has been serving homeless and hungry residents of her city every Tuesday night for the past six years. The Chow Train isn’t affiliated with a specific church and it operates entirely on donations. But Cheever’s faith in God and desire to serve is a big reason why she started it.

“Many of my volunteers have a strong and deep religious faith, as I do,” said Cheever, “but I don’t think we should require people to pray before they eat or listen to a sermon when they are hungry.”

While churches have been feeding the homeless since the beginning of time, these newer ministries are taking advantage of food trucks’ growing popularity among middle-class urban dwellers and they’re dishing out high-end fare that’s several notches above the standard church menu of hamburgers and warmed-over frozen pizza.

Food is something Lutes, 40, knows very well. He owned a restaurant in downtown Fort Worth for six years and was a personal chef to affluent families in Fort Worth before joining the church full time in June and launching the food truck ministry.

“My mindset is to prepare something healthy and different,” said Lutes. “And to make it taste good so that people will remember the meal and hopefully the conversation.”

Since hitting the street in April, the food truck has served about 2,500 people — averaging 500 a month. The food is free to families living at the shelter. The goal, Lutes said, is to show them that somebody loves them. “That’s why we’re here.”

But of course, food and a rolling commercial kitchen cost money. The church raised $54,000 to start the ministry and spent $35,000 buying the truck and getting it up to code.

Right now, the ministry is funded completely through the church and a few small grants. In August, the food truck will begin selling food to the public, but the cost will be based on what customers can pay instead of a set rate. North Texans can look forward to pulled-pork tacos and Cuban sandwiches with homemade pickles, two of Lutes’ signature dishes; 10 years as a chef has given him plenty of time to perfect some street-food recipes.

His experience in the kitchen has also taught him that food really is life.

“Breaking bread is one of the most intimate things you can do with somebody,” said Lutes. “We don’t just go hand out food. We sit down and eat, form relationships and listen to stories; we’re a representative of the church.”

Church volunteers sporting blue T-shirts with the phrase “God is good all the time” swarm and settle alongside women and children of all ages and ethnicities inside the shelter’s air-conditioned dining space.

When Lutes is finished in the kitchen, he sits across the table from Teresa and her teenage daughter as they tell him that they don’t have anywhere to go tomorrow; they’re still waiting for a permanent bed to open up.

The food truck serves the shelter for about two hours before the happy but sweat-drenched volunteers pack up for the night.

“Food can be the instrument that connects people with God,” said Lutes. “Why wait for people to come to us when we can go to them.” 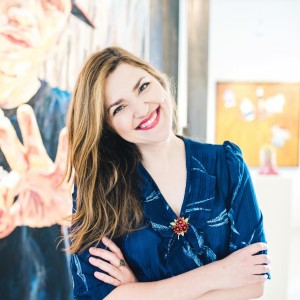